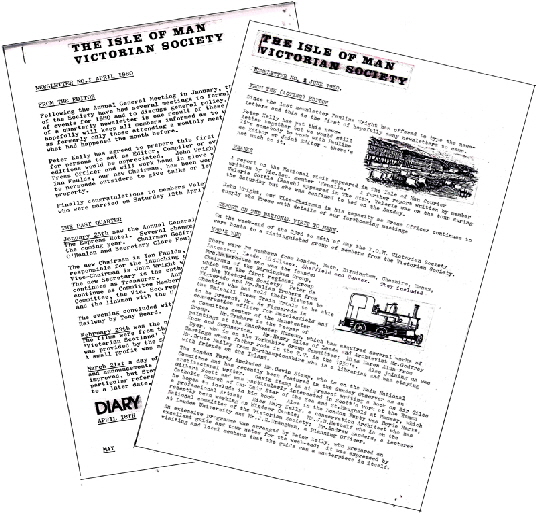 the Isle of Man Victorian Society was founded in 1976 by Peter and Ruth Kelly along with 5 other like minded enthusiasts.

The first two issues in April and June were foolscap photocopies - followed in September 1980 by the first booklet newsletter to be created in the A5 format which it has held ever since.

The early issues were typed up by hand and the images added literally using cut and paste methods to stick copied images into the typed text.